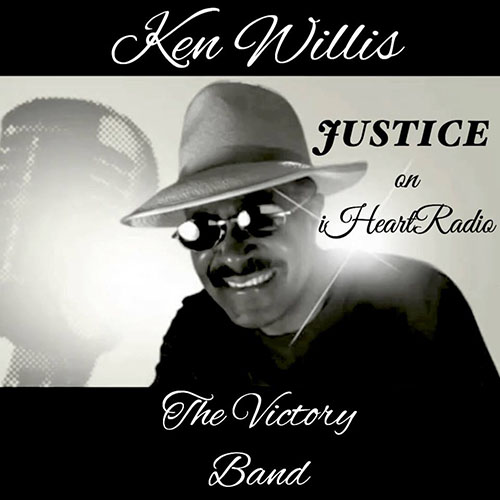 Music brings people together and bridges generations. We at POLISHED GOLD MUSIC want our R&B Soul & Funk concerts and appearances to contribute to this togetherness – we see them as a way to give back to society and an expression of the individuality we each bring to the world.

Was born in Birmingham, AL, Ken has always had a good ear for music. At the age of 4, he would sing for the juke box repair man for change at his grandmother's Blue Room Cafe, so music was always around. Soon he got the news he was moving to California and boy was he happy! All he could think about was Hollywood, but things changed when his mother and stepfather decided to go to Detroit, MI instead. The automobile factories were hiring. He was still happy because to him this was the next best thing to Hollywood... "Motown". This was great! There, he was surrounded by great talent! 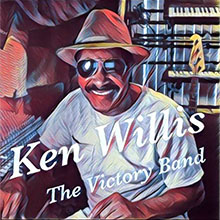 He lived on the east side of Detroit, where he met Kevin and Phineas Ritter and their cousin, Dennis Amos. They formed their first singing group called WAR Unlimited. Kevin's cousin, Marvin was playing with Parlet of Parliament Funkadelic. At the ages of 9, 10, and 12, they got their first break. They auditioned for the Spinners. The Spinners wanted to form a group like the Jackson 5, so the boys rehearsed and practiced, but didn't make the cut. The did not give up. Kevin got a lead guitar, Phineas got a bass, Dennis got congos, and Ken got a keyboard. Kevin eventually joined a band called the Ides of Times.

Ken left and joined a singing group called the Equations, consisting of Arnold Hank Morgan, Michael Cowlins, Arthur Red Tabb, and Kim Green, who now sings with the Contours. Soon, the Equations broke up, so Ken formed his own group, The Marquations. They performed along with The Ides of Time. From that band, some members worked with many of the most influential musicians in entertainment today such as, Chaka Khan, P Diddy, Usher, Lady Gaga, Mary J. Blige, Young Jeezy, Beyonce, and more. He is proud to say that his best friends, Kern Lanar Brantley, Valdez Brantley, Lewis Tugg Brantley, Eric Bryce, and Vassal Benford III have been very successful in the music industry. 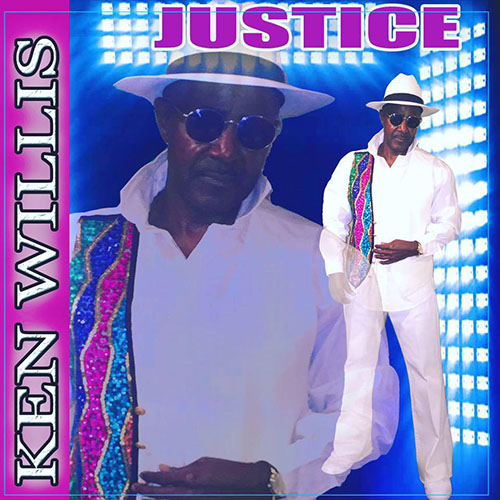 The Marquations worked with the producer from Motown Records, Robert Bateman, in The Four Tops' studio, but didn't get a deal. In 1975, The Marquations signed a recording contract with Hiawatha Record company, distributed by Mainstream Records. Under the mentoring of Leonard Jones of Fast Track Records, the group had a team to take their talent to another level. Harry Bowens from the group "Was Not Was" and former keyboard player for the O'Jays, writer Jimmy Absten, writer Kenny Holdman, and Al Wilson of The Dramatics all wrote for The Marquations. The Marquations performed with Kashif, The Dramatics, Al Hudson & One Way, Enchantment, The Steptones, Percy & Them, The Artistics, Pure Pleasure, Destination 5, James Epps who was the lead singer of The Fantastic 4 and also lived downstairs from Ken's grandmother. Ken and James Epps would sit at the piano and sing just for fun. Others that the Marquations worked with are Carl Carlton, who lived nearby, The Brother Gilmore, The Floaters, The Detroit Emeralds, Just East, Ronnie McNair, Kevin & Keith John (sons of Rock & Roll Hall of Famer Little Willie John), Exportations, The Posse which Eddie Kendrick managed, and many more...

He could go on and on about his experiences. Ken went solo in 1983 when he entered the recording studio to work on his first single. It dropped in 1984, "Got To Keep You Dancing", and although it received some radio play, didn't take off. Ken worked in the studio in Canada with Dave Robinson of One Way, where they did more songs, but were never released. He's really focused on the music he's making now. David Ruffin once told Ken, "When you sing boy, you gotta sing from your soul." Ken wants to put that same concept into all he does. Over the years, he developed the art of making good soul music. He is now working with Darrin "NOMAD" Jackson, former personal assistant to Snoop Dogg. Together, they look forward to making good music. Soul Record Recording Artist KEN WILLIS, Writer, Composer, Publisher, Producer & Soul Singer.