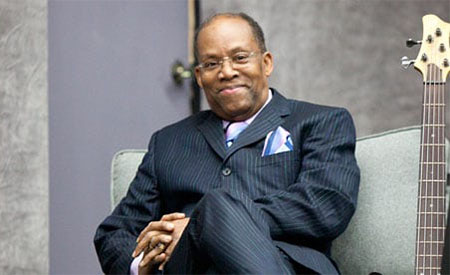 Frank Edward Wilson (December 5, 1940 – September 27, 2012) was an American songwriter and record producer for Motown Records. In 1965, Berry Gordy asked the producers Hal Davis and Marc Gordon to set up an office of Motown in Los Angeles. Wilson accepted an offer to join the team. In December 1965, "Stevie" by Patrice Holloway (V.I.P. 25001) was the first single released from the 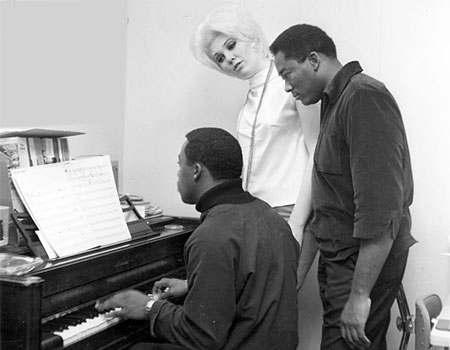 West Coast operation and featured Wilson in the songwriting credits. Asked by Gordy to re-locate to Detroit, Wilson went on to write and produce hit records for Brenda Holloway, Marvin Gaye, the Supremes, the Miracles, the Four Tops, the Temptations, Eddie Kendricks, and more.

He also launched his own publishing firms, Traco Music and Specolite Music, Ascap and BMI companies. During the next four years, Wilson recorded, released and published more than 40 copyrighted compositions, including, "It Must Be Love", by Judy Wieder & John Footman, "Stares and Whispers" by Terry McFadden and John Footman, "Star Love" by Judy Wieder and John Footman, and "You Got Me Running" by Judy Wieder and Clay Drayton. Earlier, Wilson had also tried his hand at being a recording artist himself, recording the single "Do I Love You (Indeed I Do)" for release on the Motown subsidiary label 'Soul.'

Supposedly 250 demo 45s were pressed, but by that time Wilson decided he would rather focus on producing and he had the demos trashed. Somehow at least two known copies survived, one of which fetched over £25,000 in May 2009.

Because of the scarcity of the original single and the high quality of the music (it was one of the most popular records in the Northern soul movement), it has been championed as one of the rarest and most valuable records in history (along with other "impossible to find" records by such acts as Bessie Smith, Louis Armstrong, and the Five Sharps).

Wilson left Motown in 1976 and became a born again Christian. He became a minister, traveling and writing books with his wife Bunny Wilson, and was also involved in the production of gospel music as well. In 2004, was awarded an Honorary Doctorate of Divinity from Vision International University in Ramona, California and founded the New Dawn Christian Village in Los Angeles.