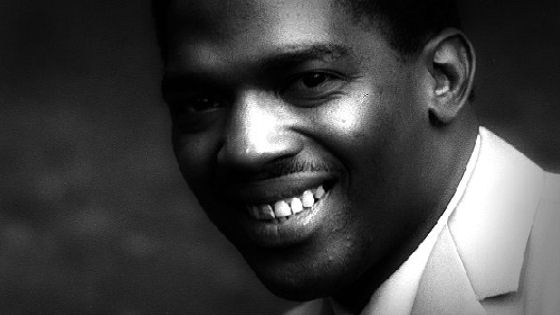 Edwin Starr (January 21, 1942 – April 2, 2003) was an American soul singer. Starr is famous for his Norman Whitfield-produced Motown singles of the 1970s, most notably the number one hit "War". Starr was born in Tennessee and raised in Ohio, and later lived in Detroit while singing for Ric Tic and Motown Records. He was backed by the band that would later become known as "Black Merda". Hawkins and Veasey of the group played on most of his early hits on the Ric Tic Label. Besides "War", Starr's songs "25 Miles" and "Stop the War Now" were also major successes in the 1960s. Starr's career shifted to the United Kingdom in the 1970s, where he continued to produce music, living there until his death.

Starr was born Charles Edwin Hatcher in Nashville, Tennessee, in 1942. He and his cousins, soul singers Roger and Willie Hatcher, moved to Cleveland, Ohio, where they were raised. In 1957, Starr formed a doo-wop group, the Future Tones, and began his singing career. Starr lived in Detroit, Michigan, in the 1960s and recorded at first for the small Ric-Tic label, part of the Golden World recording company, and later for Motown Records (under the Gordy Records imprint), after the latter absorbed Ric-Tic in 1968.

The song which launched his career was "Agent Double-O-Soul" (1965), a reference to the James Bond films popular at the time. Other early hits included "Headline News", "Back Street" and "S.O.S. (Stop Her on Sight)". While at Ric-Tic, he wrote the song, "Oh, How Happy", a #12 Billboard Hot 100 hit in 1966 for The Shades of Blue (he would go on to release a version of the song with Blinky in 1969) and sang lead for the Holidays on their #12 R&B hit, "I'll Love You Forever". At Motown he recorded a string of singles before enjoying an international success with "25 Miles", which he co-wrote with producers Johnny Bristol and Harvey Fuqua. It peaked at #6 in both the Hot 100 and R&B Charts in 1968.

It was when Motown's Berry Gordy became frustrated with smaller labels like Ric-Tic stealing some of the success of his company that he bought out the label. Many of Starr's Ric-Tic songs (subsequently owned by Motown) like "Back Street" and "Headline News" became favored Northern Soul classics. His early Ric-Tic hit "Stop Her On Sight (S.O.S.)" was reissued in Britain (with "Headline News" as its B-side) in 1968, and it performed better than the original release on the UK Chart, surpassing the original #35 and peaking at #11. His 1970 song "Time" also helped to establish him as a prominent artist on the Northern Soul scene.

The biggest hit of Starr's career, which cemented his reputation, was the Vietnam War protest song "War" (1970). Starr's intense vocals transformed a Temptations album track into a number one chart success, which spent three weeks in the top position on the U.S. Billboard charts, an anthem for the antiwar movement and a cultural milestone that continues to resound in movie soundtracks and hip hop music samples. It sold over three million copies, and was awarded a gold disc. "War" appeared on both of Starr's War & Peace album and its follow-up, Involved, produced by Norman Whitfield. Involved also featured another song of similar construction titled "Stop the War Now", which was a minor hit in its own right.

Moving to England in 1973, Starr continued to record, most notably the song "Hell Up in Harlem" for the 1974 film Hell Up in Harlem, which was the sequel to Black Caesar, an earlier hit with a soundtrack by James Brown. In 1979, Starr reappeared on the charts with a pair of disco hits, "(Eye-to-Eye) Contact" and "H.A.P.P.Y. Radio". "Contact" was the more successful of the two, peaking at #65 on the US pop charts, #13 on the R&B chart, #1 on the dance chart, and #6 on the UK Singles Chart. "H.A.P.P.Y. Radio" was also a Top Ten hit in the UK, reaching #9 on the chart in mid-1979. By now, he had joined the well-established disco boom and had further singles on 20th Century Records.

Over the years, he released tracks on a variety of labels, including Avatar, Calibre, 10 Records, Motown (a return to his former label for a 1989 remix of "25 Miles"), Streetwave and Hippodrome. His Starr café empire still enjoys success in and around Essex. In 1985, Starr released "It Ain't Fair". Despite garnering the attention of many in the soul and dance clubs, it fell short of becoming a hit. Starr appeared on the charity number one single "Let It Be" by Ferry Aid in 1987.

Later that year, Starr teamed up with the Stock, Aitken and Waterman production company for the club hit "Whatever Makes Our Love Grow". In 1989, a number 17 UK hit by the Cookie Crew called "Got to Keep On" sampled a portion of "25 Miles". This track was then featured on a 1990 dance medley made for the BRIT Awards, which made number 2 in the UK Singles Chart. A club mix of various artists, it included the previous years remix of "25 Miles". In 1989, Starr also joined Ian Levine's Motorcity Records, releasing six singles and the album Where Is the Sound, as well as co-writing several songs for other artists on the label. Starr resurfaced briefly in 2000 to team up with the UK band Utah Saints to record a new version of "Funky Music Sho Nuff Turns Me On". He appeared again in 2002 to record a song with the British musician Jools Holland, singing "Snowflake Boogie" on Holland's compact disc More Friends; and to record another track with Utah Saints, a so-far-unreleased version of his number one hit "War" – his last-ever recording.

In late 2002, Edwin Starr appeared with many R&B stars on the "Rhythm, Love, and Soul" edition of the PBS series American Soundtrack. His performance of "25 Miles" was included on the accompanying live album that was released in 2004. Starr remained a hero on England's Northern Soul circuit and continued living in England for the remainder of his life. On April 2, 2003, at the age of 61, Starr suffered a heart attack and died while taking a bath at his home in Bramcote near Nottingham. He left a wife, Annette Mary Hatcher, a son André Hatcher, and two grandchildren Alonté Renfroe and Maryah Hatcher. His brother Angelo Starr is now fronting the Team, the band Edwin Starr had been touring with for over 20 years. His previous band, Total Concept Unlimited, became Rose Royce after adding a female singer. He is buried in Wilford Hill Cemetery in West Bridgford, Nottingham. His headstone reads "Agent 00 Soul".