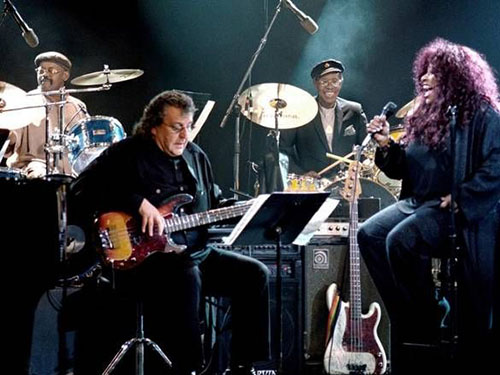 Bob Babbitt (born Robert Kreinar; November 26, 1937 – July 16, 2012) was a Hungarian-American bassist, most famous for his work as a member of Motown Records' studio band, the Funk Brothers, from 1966 to 1972, as well as his tenure as part of MFSB for Philadelphia International Records afterwards. Also in 1968, with Mike Campbell, Ray Monette and Andrew Smith he formed the band Scorpion, which lasted until 1970. He is ranked number 59 on Bass Player magazine's list of "The 100 Greatest Bass Players of All Time".

Babbitt traded off sessions with original Motown bassist James Jamerson. When Motown moved to Los Angeles, Babbit went in the opposite direction and ended up in New York; 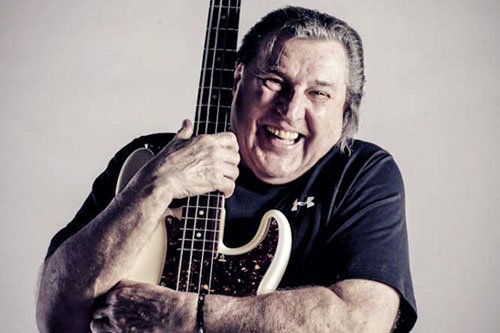 while making occasional trips to Philadelphia. In this new city he worked on recordings for Frank Sinatra, Barry Manilow, Gloria Gaynor, Robert Palmer, and Alice Cooper. During this time his most notable successes were "Midnight Train to Georgia" by Gladys Knight & the Pips and "The Rubberband Man" by The Spinners.

The Pittsburgh-born Babbitt's most notable bass performances include "Signed, Sealed, Delivered I'm Yours" by Stevie Wonder, "War" by Edwin Starr, "The Tears of a Clown" by Smokey Robinson & the Miracles, "Mercy Mercy Me (The Ecology)" and "Inner City Blues" by Marvin Gaye, "Band Of Gold" by Freda Payne, "Ball of Confusion (That's What the World Is Today)", and "Just My Imagination (Running Away With Me)" by The Temptations.

He participated in hundreds of other hits, including "Little Town Flirt" by Del Shannon, "I Got a Name" by Jim Croce, and "Scorpio" by Dennis Coffey & the Detroit Guitar Band. He played on the Jimi Hendrix album Crash Landing. He also played bass on Cindy Bullens' 1978 album, Desire Wire (Cindy Bullens album). He accepted an offer from Phil Collins to perform on his album of Motown and 1960s soul classics, Going Back, and also appeared in Collins' Going Back - Live At Roseland Ballroom, NYC concert DVD. He appeared on stage in an episode of American Idol, backing up Jacob Lusk's performance of "You're All I Need To Get By" for AI's Motown Week in March 2011.

In 2003, Babbitt played on Marion James' album, Essence, on Soulfood Records, and amongst others playing on the record were Beegie Adair, Reese Wynans, Jack Pearson (The Allman Brothers), and drummer Chucki Burke.

Bob Babbitt died on July 16, 2012, aged 74, from brain cancer. He was survived by his wife, three children, and two grandchildren.